Best One Day Trips Near Bangalore 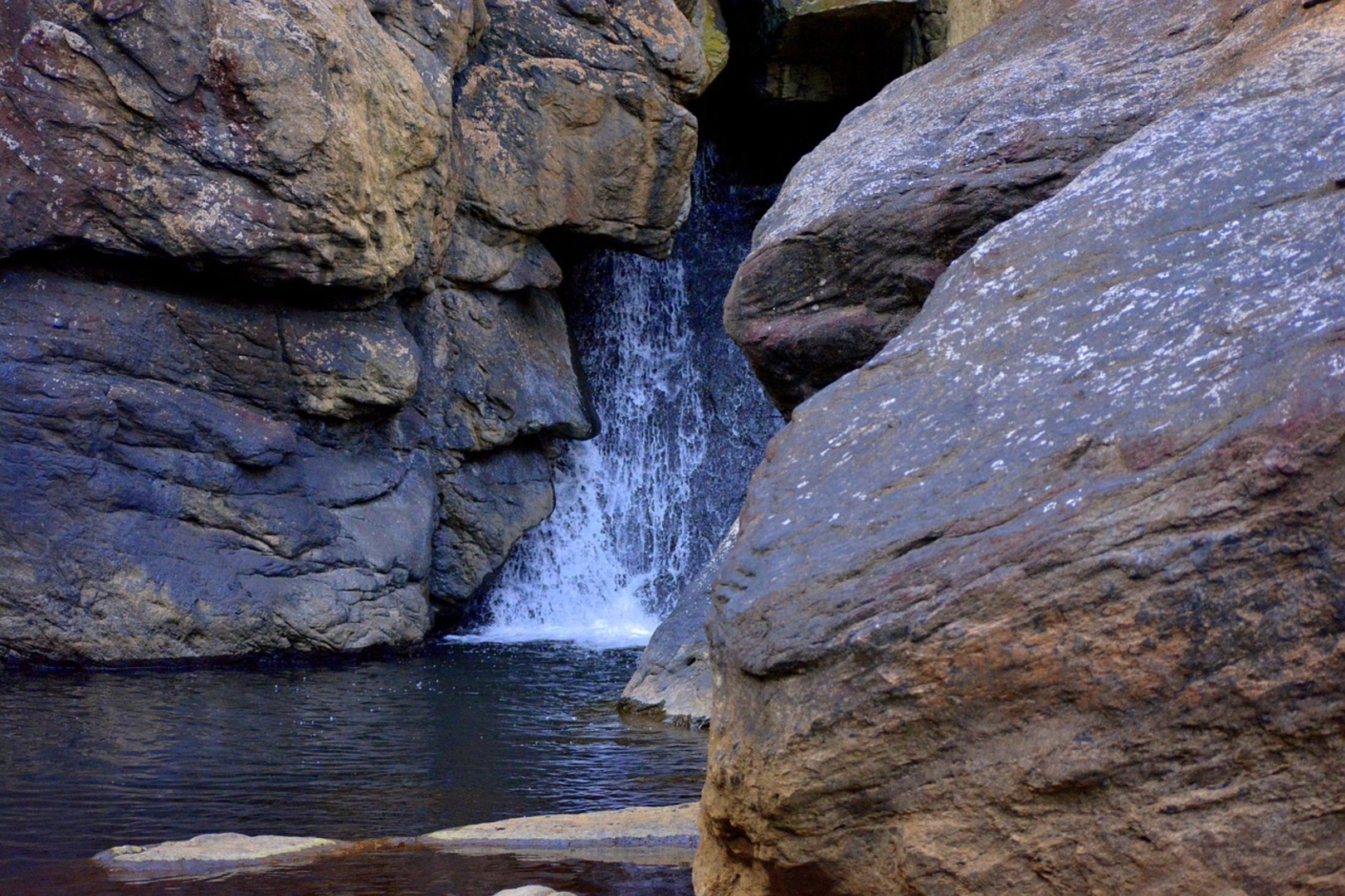 The Millennial lifestyle is one where you hustle from sunrise to sunset. And when you can, you get a couple of days off, meaning that you can take full advantage and leave the concrete jungle behind to seek solace in the embrace of nature. We've created the ultimate list of exotic destinations that work out as one-day trips from Bangalore.

Best Places to Visit for a One-day Trip from Bangalore

India’s IT hub, Bangalore, is the starting point to a number of idyllic southern destinations that take a few hours to reach. There are literally a ton of places that you can head to on any given weekend, and be back within 24 hours. Rent a bike in Bangalore from Royal Brothers and head down to any of these towns for a short-term escape with long-term memories. 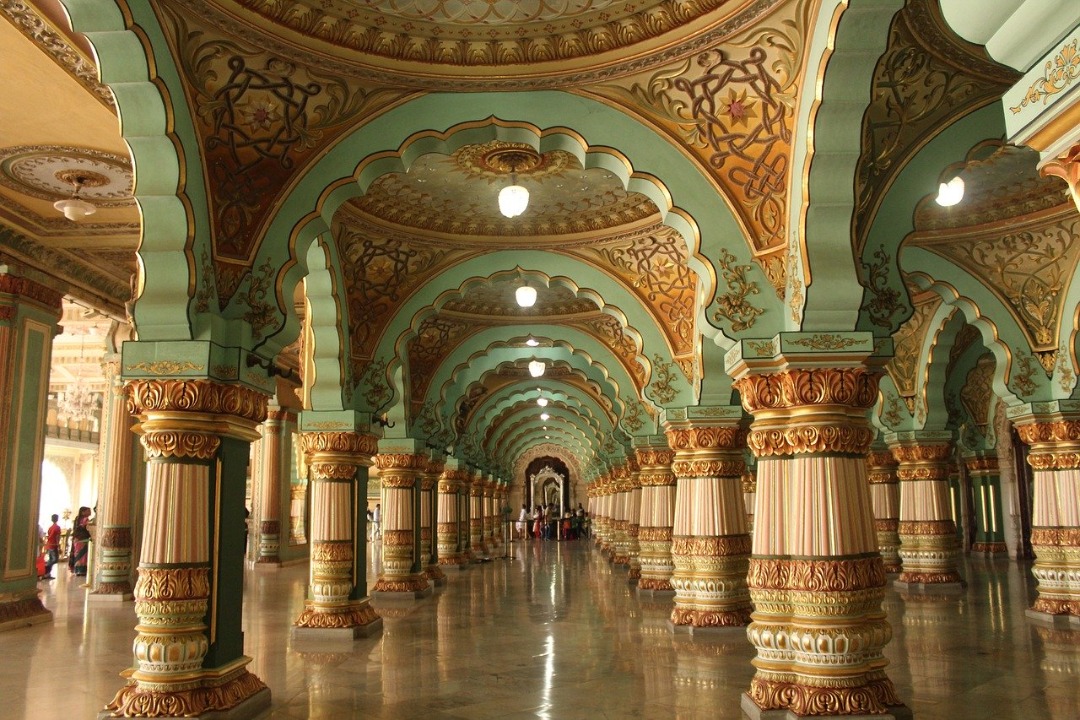 Distance from Bangalore - 144 km away

There are loads of people who like visiting Mysore from Bangalore. The majestic sister of Bangalore is a must-visit for anyone wanting to dive heart-first into Kannadiga culture. From sprawling palaces to fragrance-infused gardens, Mysore is a destination that you will want to visit more than once. Oh, and don’t miss out on the gastronomically enthralling journey which is a traditional Kannadiga affair.

Take the NH7 to a place that is known by local Bangaloreans to be a haven just outside of town. You need to reach the base point in the shroud of darkness, and trek to the summit to catch the sun rising above the horizon. Eat breakfast before the sun reaches overhead and trek down for 5kms on your way back.

Distance from Bangalore - 50 km away

About 50kms from Bangalore are the famous “Sholay hills”. One of the sights of the Bollywood epic movie. Locals call it the silk city since the sericulture industry thrives there. Visit Janapada Loka - a local theatre for live performances and Channapatna - famous for its wooden handcrafted toys.

Distance from Bangalore - 200 km away

Named after a Hindu goddess, Hassan is a famous pit stop for riders heading from Bangalore further south. The remnants of the Hoysala empire, the temples, and monuments here are a testament to past glories and rich history. Visit the floating church at Shettihalli during the monsoons to witness a submerged shrine.

Distance from Bangalore - 70 km away

Kolar is another must-visit destination for adventure junkies. Boulders tucked in the crevices of rocks are meant for those rock climbers of varying expertise who like to hop, skip and jump over smooth surfaces. While it is suitable for those with agile limbs, children and the elderly can venture to temples at the foothills. 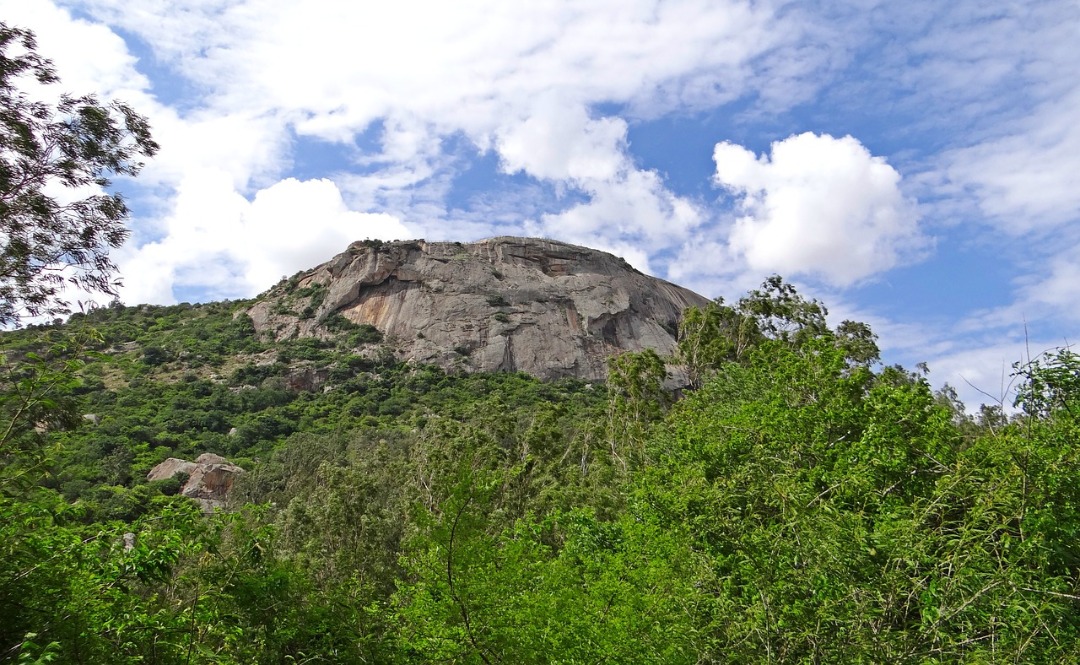 If you’re in Bangalore, Nandi Hills should be at the top of your list of places to visit outside of town. There’s so much to do here, from riding up to catch the sunrise, to paragliding and more. It could easily take you a day or two to explore the entirety of this serene place on the outskirts of the IT hub, and every minute is worth it.

Distance from Bangalore - 63 km away

Think about night treks and lush green slopes when you think about this tourist spot made famous by Bangaloreans. There are a number of homestays and campsites that offer live fires, with the background symphony of nature calls.

Distance from Bangalore - 100 km away

Let’s step out of Karnataka for a moment and head to neighbouring Tamil Nadu to Krishnagiri, a town of historic importance. During the summer season, Krishnagiri becomes a hub for the delectable mango trade. The adjacent Sayed Basha hills were once the stronghold of the famous emperor of yore, Tipu Sultan. Visit Gandhi Salai and take a walk back through time at the museum that displays the ancient roots of the region.

Distance from Bangalore - 250 km away

This place is a trade hub, owing to its vast coffee and tea plantations that take over the landscape of the city. You can witness a number of cascading waterfalls, with trails for perfect day-long treks. Chikmagalur is also home to the Bhadra Wildlife Sanctuary and Hirekolale Lake. Fill your day with a number of activities in Chikmagalur.

Distance from Bangalore - 300 km away

Aka Shivamogga, this town lies on the banks of the Tunga river. There are a number of trekking spots that are home to some picturesque locales for your Instagram moments. Jog falls and Kodachadri are two of the most popular spots, as well as Sekrebailu, an elephant camp that can be accessed only in the morning hours. 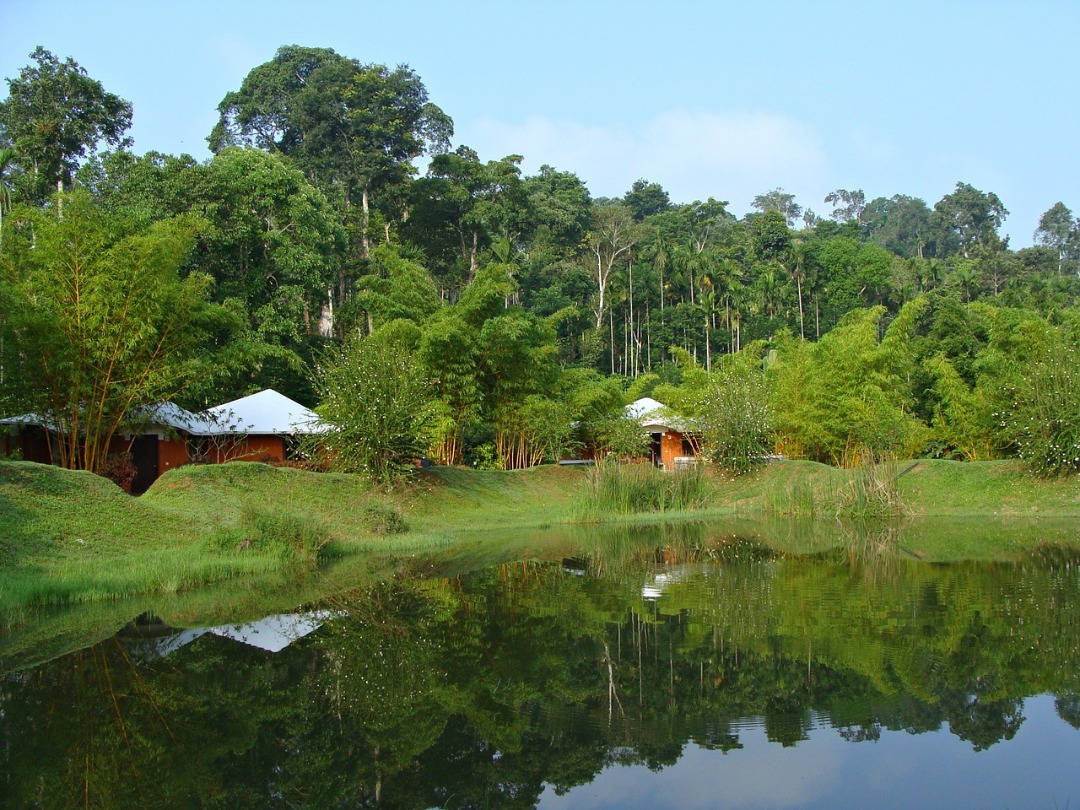 Distance from Bangalore - 250 km away

One of the top destinations for Bangaloreans has to be Coorg. This foggy hill station is a paradise that you don’t want to miss when in South India. Famed for its sprawling coffee estates and pork dishes, Coorg will give you a new perspective on tourism in India. The locals are fiercely protective of their culture, but welcome tourists with open arms.

While in Coorg, make sure you live within a coffee plantation and rent a bike in Coorg from Royal Brothers to explore the surrounding towns dotting the landscape - Pollibetta, Kushalnagar, and Virajpet, among others. Also, the Namdroling Monastery, a Buddhist temple is a must-visit when in the area.

Distance from Bangalore - 41 km away

Here’s another reason to make sure you take a trip to Nandi Hills at least once when visiting Bangalore. At the foothills is a sprawling winery that can be explored, wine tasting included! Hosted by Grover wines that have been involved with vineyards for decades now, the visit is worth it, with chances to take a stroll through the farm, as well as sipping on pristine wine and nibbling on delectables.

Another adventure sport is rock climbing, and it can be accomplished by anyone, no matter where you are on the rock climbing expertise scale, at Savandurga. The foothills cradle two temples, but if you climb up the hill, you can explore natural caves and rock formations. Within trekking, distance is the Arkavathi river that flows further along to meet the Manchanabele Dam, famous for its water sports.

A little known oasis that is relatively close to the bustling city of Bangalore is a town called Makalidurga, 10kms away from Doddaballapur. The town is perfect for a trekking enthusiast and involves a fort crowning its peak and a massive lake at its base. A railway line runs along its southern edge with shrubbery blooming all year round. In the mood for a trek at Makalidurga?

Distance from Bangalore - 22 km away

This ecological park is the sparkling jewel in the crown of Bangalore. Home to the country’s first butterfly park, it also has some of the most exotic animals, including elephants, leopards, deer, and porcupines, among others. The vegetation here is mostly tropical, with eucalyptus, bamboo, and neem, among others sheltering the earth from the overhead sun.

A day here always promises a high level of adventure, becoming one with nature and observing wildlife thrive in its natural habitat. The entry fee for adults is less than Rs. 100, though for foreign visitors, the prices go up at least 4 times. You can visit here any day of the week, except on Tuesdays. Visit the official Bannerghatta Biological Park website for more information.

Distance from Bangalore - 240 km away

The Western Ghats have long stood as more than just the undulating terrain of the sub-continent. They also cradle some of the most scenic spots that you can witness when riding along its winding roads. An example is this particular locale tucked away in the folds of the mountains - Sakleshpur. It slowly becomes a pit stop for Bangaloreans who revel in the greenery that unfurls down its slopes. You'll be lost in the magical fragrances piercing the air and the Instagram-worthy spots with the backdrop of the Deccan sky.

Thinking of heading out on a one day trip from Bangalore? Rent from Royal Brothers and embrace nature astride a motorcycle - you'll get the best view from every angle! 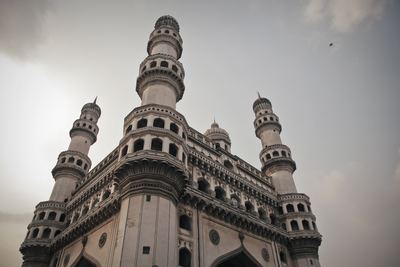 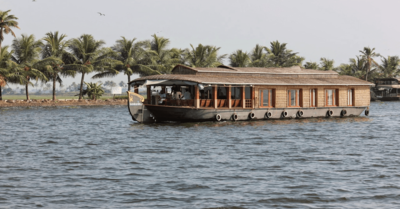 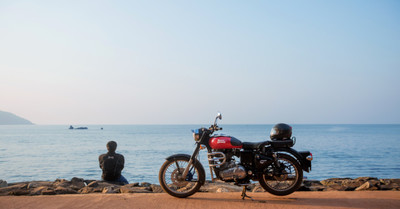 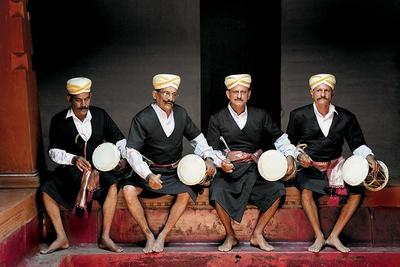 Travel
Coorg - Culture & Tradition
Coorg or Kodagu- is known for its serenity, and nature’s bounty. A land which has a blissful presence in lives of the inhabitants as well as the visitors exploring this beautiful region. A South-we... 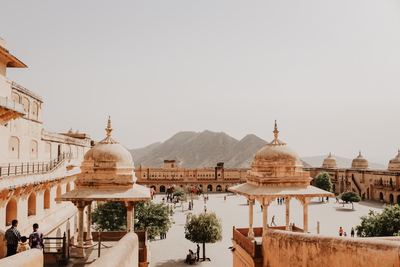 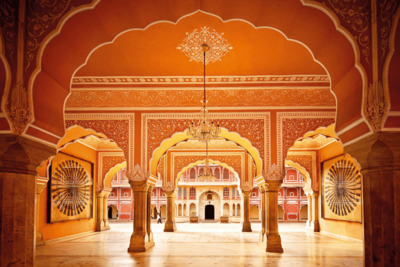